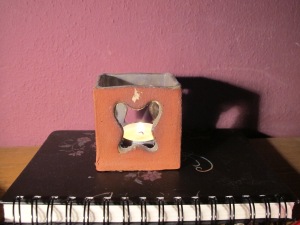 At beginning of March I was hit by the news of a sudden death of a friend and a long time member of ATD Fourth World, whose name was Artur. Artur had been active in the Warsaw group, in many projects, meetings and initiatives. He especially wanted to change the support system for people experiencing homelessness. He drew on his personal experience and at the same time made efforts to pursue his education and training in social work. Here are some things I wish I could tell him.

I always thought that we would write a post together on this blog. There were so many things you had to share, to tell. But I was too late. I guess I naively thought we had all the time in the world. We didn’t. If there is anything I would like to ask you to forgive me, is exactly that recklessness. If there is something I would like to thank you for in this very moment, is that you wanted to write with me.

If I ever think of myself as a writer, I will always think of you as the storyteller. Writers do not exist without storytellers. You always looked for a deeper meaning in your life, at the things that connected you with others. Sometimes your storyteller’s voice was passionate, sometimes humorous and sarcastic. You liked to shock me a little sometimes with your remarks. I could then raise my eyebrows or look at you with indignation, but we both knew I would not be upset for long. You just had too much charm.

You wanted to make the world a better place, you wanted to make your life better. And you never lost the ability to enjoy the small joys of life, to laugh with that booming laughter of yours that filled with the whole room.

The strength of your laughter equaled the strength of your anger. So often it was that righteous anger that Mahatma Ghandi and Father Joseph Wresinski had. If you thought something was unfair, also in the Movement, you would say it openly. Sometimes there was a bitter tone to it, which made me a bit anxious. And yet again and again you got up again and looked into the future with hope?

There is that poem of Dylan Thomas which talks about raging against the dying of the light and not going gently into the good night. I believe you raged against the dying of the light in the human spirit, in the society. But there is a gentleness, a different kind of gentleness than the poem talks about, I wish you know that you are received here in my heart, Artur. And of so many others.

Our mutual friend, a very wise person told me that that we will be the witnesses of your courage and persistence and continue to tell that story. Right now this is not a consolation to me because you know how much I would want you simply to be right here. But if this will be the way, guide me to be witness of your story as you would have wanted it to be told.